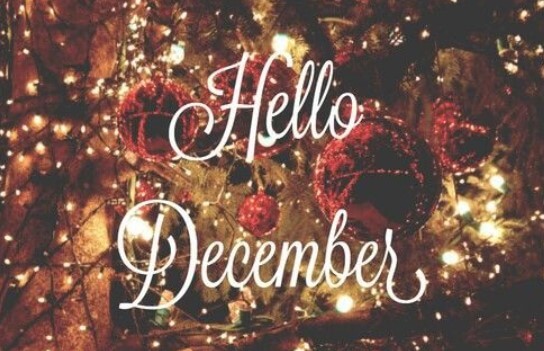 Winter is near to arrive and that reminds us of December; the month of lovers that allows them to recall the entire year’s memories; good or bad. Best Hello December Quotes can help you cheer throughout the whole month that begins and ends rushing so these words will give you a chance to welcome the last month of the year with a sweet hello note and let you see and enjoy the beauty of this month.

When dark December glooms the day,
And takes our autumn joys away;
When short and scant the sun-beam throws,
Upon the weary waste of snows…
~Walter Scott, Marmion, 1808 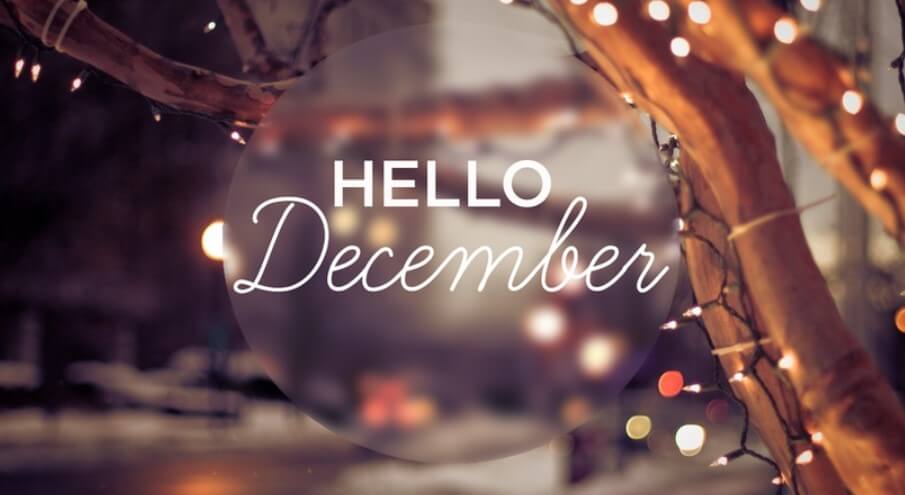 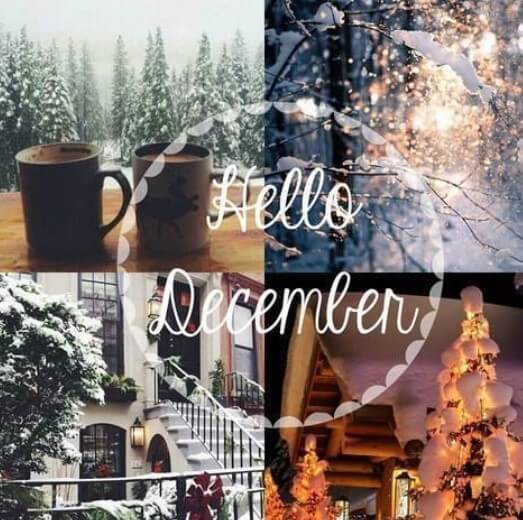 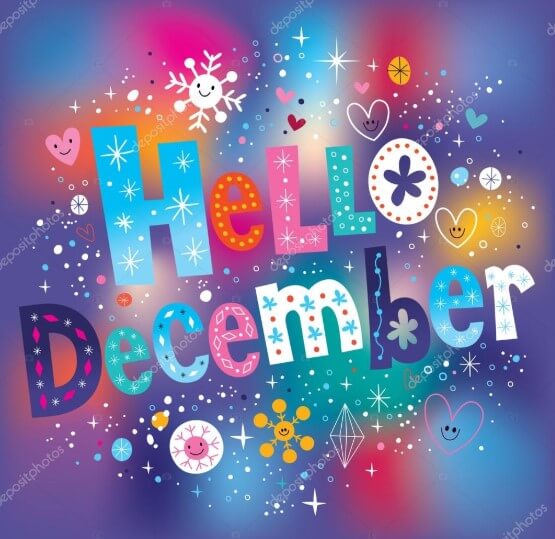 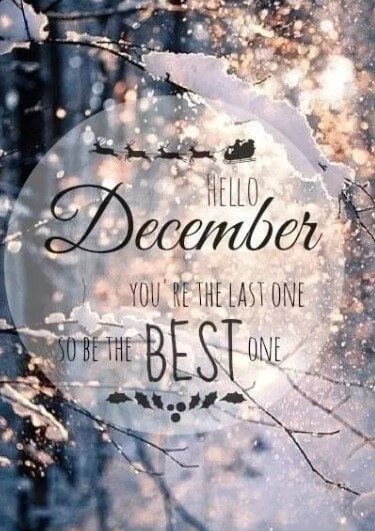 Most of the people are waiting for December to arrive and to welcome it because this is the time for a family get-together that gives a chance to refresh your relationships, celebrate life, and give a new and improved beginning to your memories and moments. 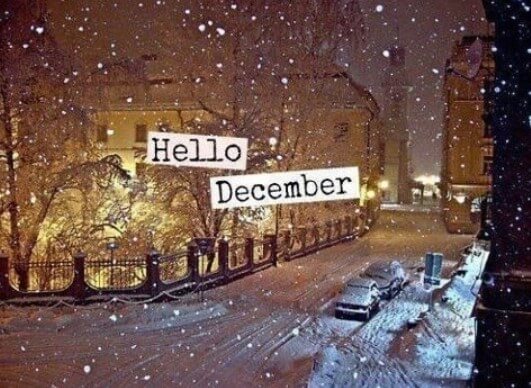 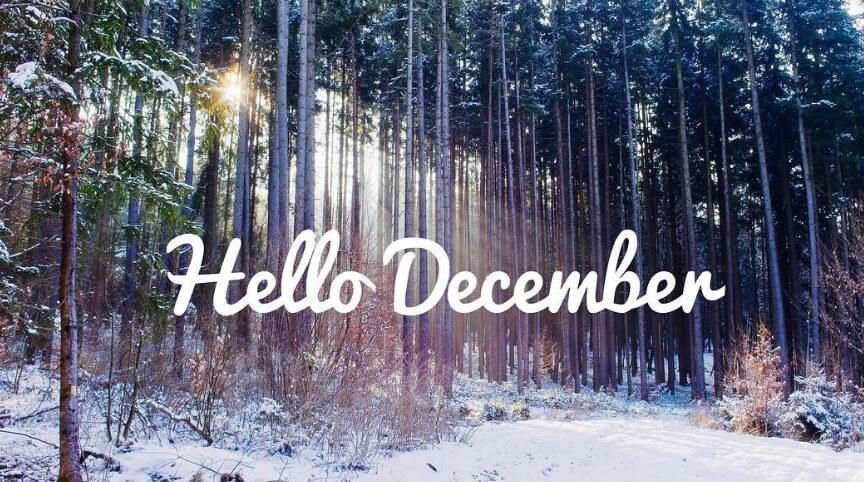 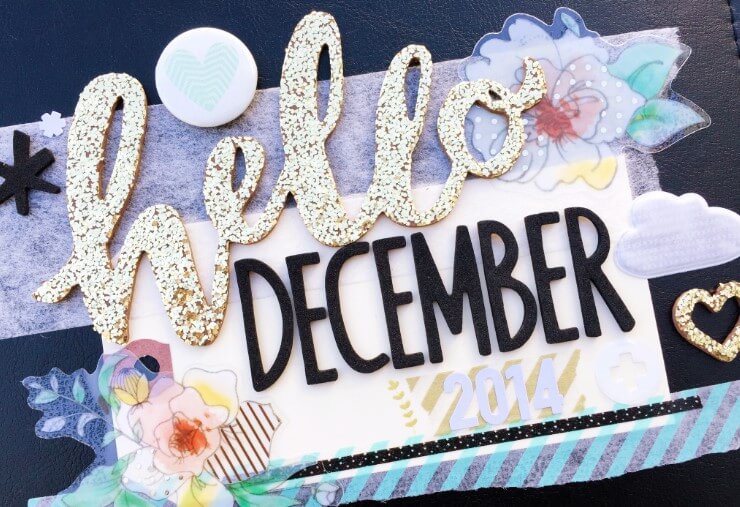 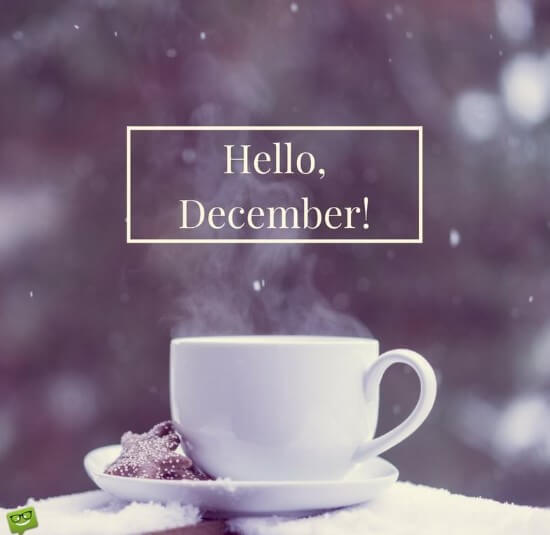 Will love be true as December frost, or fickle and fall like the rose in June? ~Clement Scott, “In Sight of Home,” c.1883

A bare tree stands
with roots on both ends
in December days.
~Kiran Bantawa, “Bare Trees” 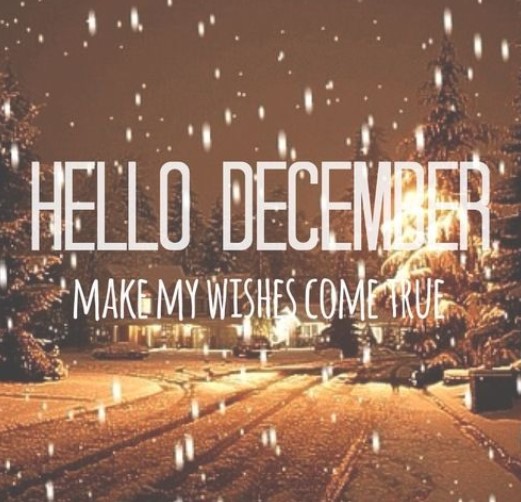 You have had many rectors here in St. Andrews who will continue in bloom long after the lowly ones such as I am are dead and rotten and forgotten. They are the roses in December; you remember someone said that God gave us memory so that we might have roses in December…. [M]y December roses—have been very simple folk. ~J.M. Barrie, “Courage” (The Rectorial Address Delivered at St. Andrews University, 1922 May 3rd)  [Ah, yes, roses in December… “And shall we own such judgment? no—as soon/Seek roses in December, ice in June…” ~Lord Byron (1788–1824), English Bards, and Scotch Reviewers —tεᖇᖇ¡·g]

And last December drear,
With piteous low-drooped head,
In a voice of desolation
Crying out, “The year is dead!”
And so, with changeful gear,
With smile or frown or song,
The months, in strange variation,
Are ever gliding along.
~Edgar Fawcett, “The Masque of Months,” 1878

How like a winter hath my absence been
From thee, the pleasure of the fleeting year!
What freezings have I felt, what dark days seen?
What old December’s bareness every where!
~William Shakespeare, Sonnet XCVII

If the October days were a cordial like the sub-acids of fruit, these are a tonic like the wine of iron. Drink deep or be careful how you taste this December vintage. The first sip may chill, but a full draught warms and invigorates. ~John Burroughs, “Winter Sunshine,” 1875

If cold December gave you birth—
The month of snow, and ice, and mirth—
Place on your hand a turquoise blue,
Success will bless whate’er you do.
~Author unknown, “A Gem for Every Month,” c.1883

Christmas begins about the first of December with an office party and ends when you finally realize what you spent, around April fifteenth of the next year. ~P.J. O’Rourke, Modern Manners: An Etiquette Book for Rude People, 1983

I heard a bird sing
In the dark of December,
A magical thing,
And sweet to remember:
“We are nearer to spring
Than we were in September.”
~Oliver Herford, “Hope,” in The Century Magazine, January 1914

If winter comes can spring be… We’re nearer to spring than we were in september, i heard a bird sing in the dark of december, january, febmar, aprimay, apricots, beneath the bough. ~Sylvia Plath, journal, 1953 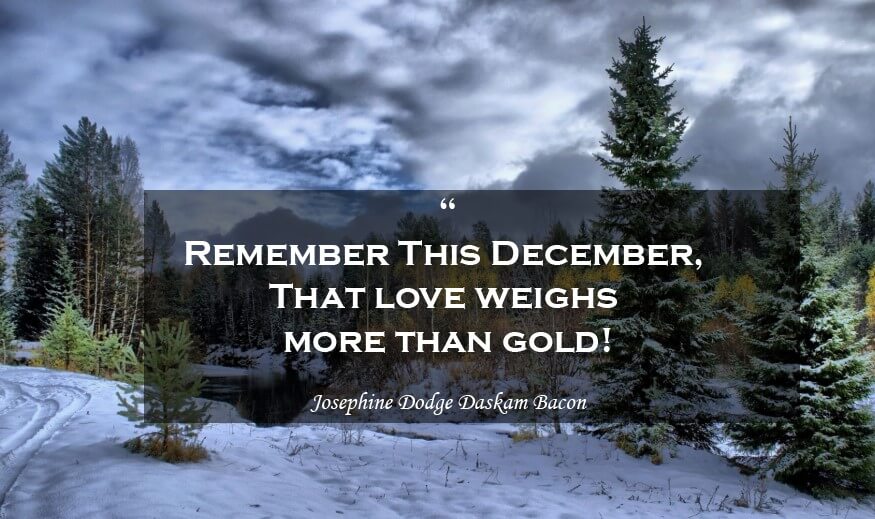 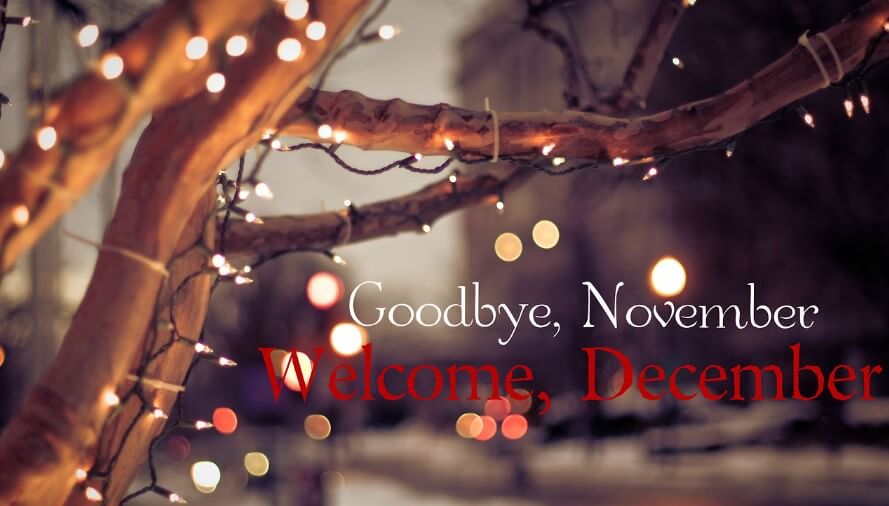 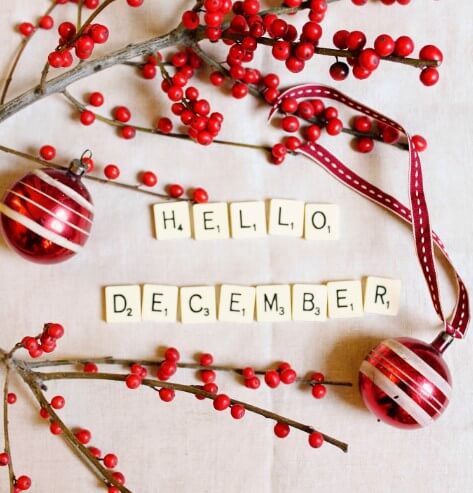 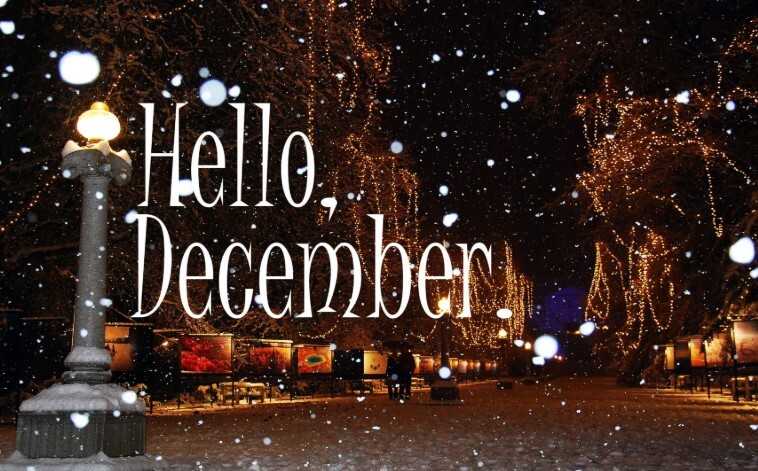 These Hello December Quotes can also be inspirational as well as motivational because these are also preparing us to uplift and encourage ourselves so that we forget the past, spread forgiveness and give a new and fresh start to our lives before the end of December. 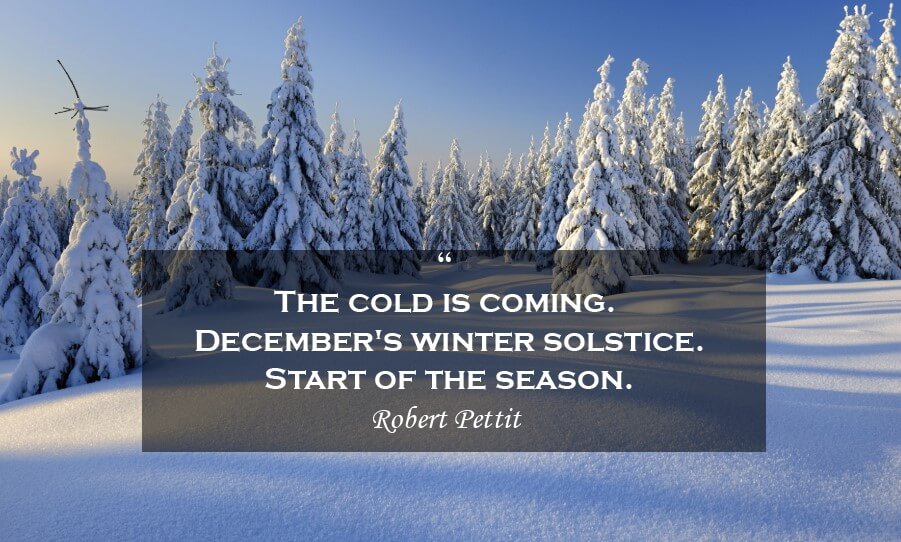 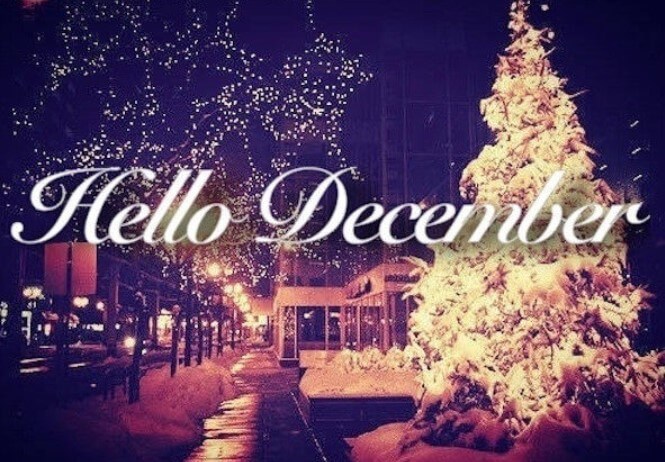 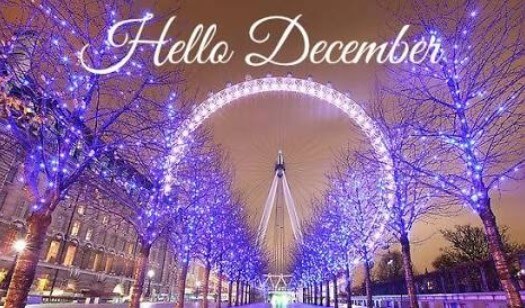 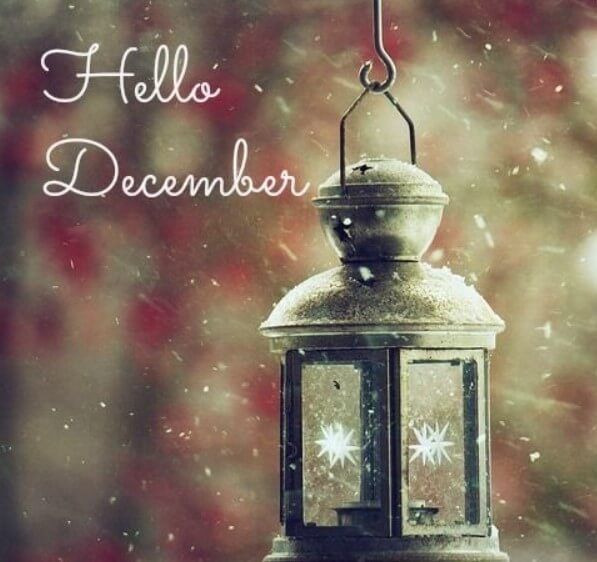 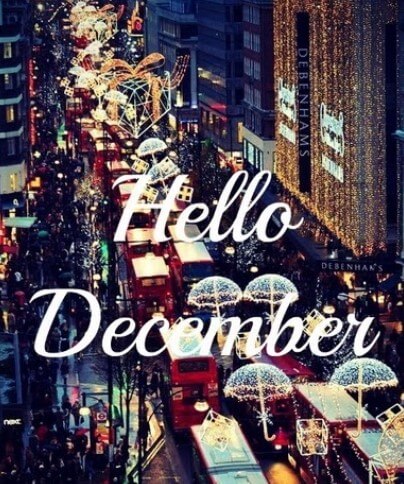 December drops no weak, relenting tear,
By our fond summer sympathies ensnared;
Nor from the perfect circle of the year
Can even winter’s crystal gems be spared.
~Christopher Pearse Cranch, “December” (last stanza), 1872

Do your heart and head keep pace?
When does hoary Love expire,
When do frosts put out the fire?
Can its embers burn below
All that chill December snow?
~Edmund Clarence Stedman (1833–1908), “Toujours Amour”

What should we speak of
When we are old as you? when we shall hear
The rain and wind beat dark December? how,
In this our pinching cave, shall we discourse
The freezing hours away?…
~William Shakespeare, Cymbeline (Arvirargus)

And in December’s gloomy shades
Some Chickweed stars did shine.
One Daisy, too, the bleak month gave
To baffle melancholy;
And e’en I saw fair Flora smile
When crowned with crimson Holly!
And then the queen of all the flowers
Passed onward, soft and slow—
Her radiant brows adorned with Pearls
Of sacred Mistletoe!
~James Rigg, “The Progress of Queen Flora, Adorned by a Hundred Wild Flowers,” Wild Flower Lyrics and Other Poems, 1897